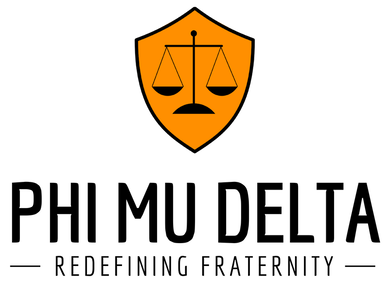 ​To provide a positive fraternity experience for today's college man, encouraging high personal standards, morally, mentally, and spiritually, and, to help its members live the ideals of our founders: democracy, brotherhood and service.

​
​These six men from the Universities of Vermont, New Hampshire, and Connecticut became the Founders of Phi Mu Delta National Fraternity. Chapter designations were determined by a lottery. The Connecticut chapter drew number one, becoming the Nu Alpha chapter. New Hampshire took Nu Beta, and Vermont became Nu Gamma. ​
Clarence Dexter Pierce, Nu Gamma 1918
Otis Raymond Garland, Nu Beta 1918
Robert Chapman Stimson, Nu Beta 1919
Arthur conrad Bird, Nu Alpha 1919
​Brother Bird was a delegate at the 1918 convention and an avid supporter of the formation of a Greek-letter fraternity. He was elected Extension Secretary of the new fraternity. Brother Bird was active in athletics and ROTC while in college and, after graduation, worked for several florists and received his graduate education in agriculture from what is now the University of Massachusetts. In 1925, he became a landscaping foreman for Bristol Nurseries in Bristol, Connecticut. He received several promotions over the years and, in 1949, he bought the company. Under Bird’s leadership, Bristol Nurseries became world- famous for its chrysanthemums.
Charles Seth rising, Nu Gamma 1919
Brother Rising was a natural born leader. This was recognized at the 1918 founding of the fraternity when he was elected the first National President of the fraternity. Brother Rising was an educator and served in numerous teaching and administrative posts, including superintendent of schools. In 1942, he was named Chief of Vocation and Education for Vermont Veterans. He later was named director of the same group for all of New England. In 1962, he became director of the experimental Vermont Family (Farm) Project. Brother Rising lived in Vermont all of his life.
Lloyd Abram Woodward, Nu Gamma 1918

​I Believe in Democracy… a democracy characterized by the practice of justice in every relation of life. I hold that justice is the foremost principle to be considered in making my decisions as a voting member of Phi Mu Delta, the student body, and as a citizen of the United States. I believe in that broad conception of democracy which seeks freedom of opportunity, and recognizes no color, race, creed, or position.

I Believe in Service... service to the college; service to every group organized for the common good; service to the individual. I believe in service defined in the terms of voluntary sacrifice for the welfare of those with whom I come in contact.

I Believe in Brotherhood... brotherhood that reaches beyond the limits of Phi Mu Delta and welcomes every man as my Brother. I believe in the intrinsic worth of the man at my side, and in his ability to make good and justify my faith in him.

I hold these beliefs as my profound conviction, and I pledge my fellow men to live up to them to the best of my ability.